A snow plow cleared pig intestines that had spilled on Interstate 670 in downtown Kansas City. ( Missouri Dept of Transportation ) 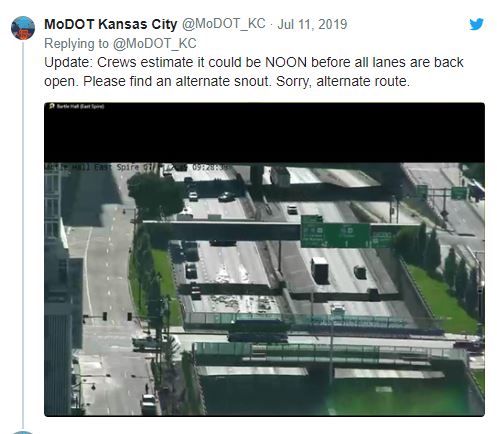 An emergency response truck with a snow plow blade rushed to the scene to move the pork product to the side of the road, the Kansas City Star reported.

The unusual spill, reported about 9 a.m., shut down three of the four lanes. Many drivers tweeted about the intense smell. Officials deployed snowplows, a Bobcat and loads of powdered soap to clean up the mess.

Within three hours, the department tweeted photos of the Kansas City Fire Department hosing down the road.

The cause of the spill is under investigation by the Kansas City Police Department.

7 Alternatives To Antibiotic Use Identified By Researchers

Ruston Explores Ways to Improve Biosecurity on the Farm
2

Fort Worth Stock Show Cancelled For 2021