Beef production is almost back to normal and now pork processing also appears to be on the rebound, reports AgDay TV’s Clinton Griffiths.

Slaughter capacity bottomed-out at the end of April at about 54% due to the temporary closures or slowdowns of multiple pork processing plants around the country due to employee absenteeism caused by COVID-19.

For the remainder of the year and possibly into next year, USDA says health officials are likely to hold capacity to below pre-pandemic levels.

Pork production for 2020 is now forecast at about 27.8 billion pounds, less than 1 percent above 2019 production.

On Thursday, USDA released its Quarterly Hogs and Pigs Report. A record-large inventory of hogs on June 1 doesn’t bode well for prices, analysts said during a teleconference funded by the Pork Checkoff. The outlook contains many uncertainties, including the backlog of hogs, future slaughter capacity and the ever-present elephant in the room: COVID-19. 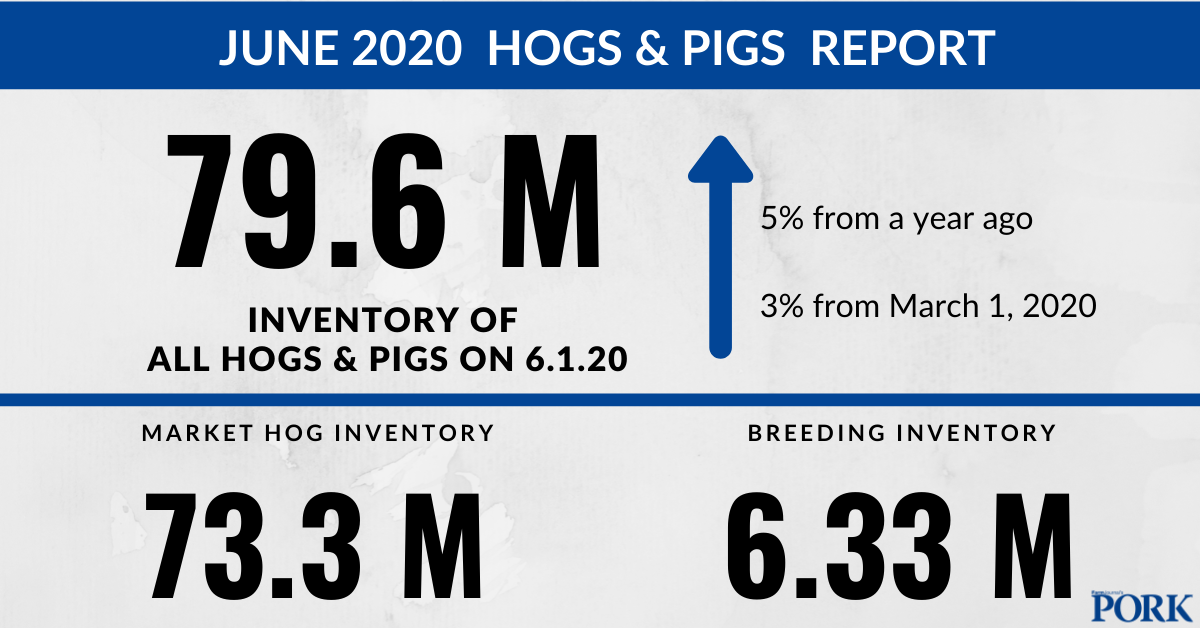 Export Restrictions are Inconsistent with Science, USDA and FDA Say

Curliss: Embarrassed to Feed People? Not Us

Rural Infrastructure Grants Easier To Tap Into, Thanks To New Toolkit

Why COVID-19 Relief Should Include America’s Agricultural Fairs