The Night the Fire Took the Farm

When he turned onto Highway E outside of Curryville, Mo., the stench of smoke filled his truck. He was seven miles away from experiencing one of the most horrific sights of his life. As Anthony Russo drove down the lane to the 5,600-sow farrow-to-wean unit, all he could see was smoke. His heart sank.

And then he saw her. A lone sow covered in black soot from the smoke, but she was fine. She was a survivor. Sadly, 18,000 animals perished that night during the devastating fire that took down Spring Lake Pork on May 19, 2018.

Something’s Not Right
Sometimes you just know when something’s not right. Russo, general manager of Spring Lake Pork, awoke to a call from the farm’s alarm system, Maximums Controllers.

“I remember feeling like something was definitely not right, but I had no idea how not right things really were,” Russo says. “Occasionally we get calls from the alarm system that are false alarms, but this felt different.”

He quickly called the farm manager to go check on the barns 35 minutes away. Russo was 90 minutes away. After 15 minutes, however, he couldn’t shake the feeling that he needed to go, too.

“I can distinctly remember where I was and what it sounded like when the farm manager called and said the barns are fully engulfed,” Russo says. “There was nothing left. I will never forget the sound of his voice or the feeling of helplessness I felt in that moment.”

At 2:45 a.m., Russo pulled up to the farm. The air was thick with a fog like he had never seen before. By this time, the large flames were out and what was left behind was smoldering.

A multi-million-dollar facility went up in flames in less than two hours. Despite the shock and despair of that tragic moment, Russo says he’ll never forget the calm demeanor of Spring Lake Pork and Epperson Farms co-owner Jerry Epperson that night.

“It was a mess. But Jerry led us by example. His attitude was ‘let’s not feel sorry for ourselves, but get to work dealing with it,’” Russo says.

Kylie Epperson, Jerry’s daughter-in-law and co-owner, says her biggest concern was for the people and the pigs.

All they could do was push forward. 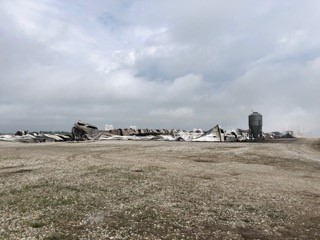 Cleaning up after the fire took months and weighed heavy on those involved from an emotional standpoint.

Time to Process
Four days after the fire, the Eppersons organized a job fair for their employees at their local church. Russo and Jerry made contacts with other pig farmers in the area and invited them to meet with their employees in case there were opportunities to stay in the local pork industry.

“This was one of the toughest days of the entire ordeal,” Kylie says. “Our employees suffered from this tragedy just as much as we had.”

It was difficult to explain to their team that they would all need a different job before the farm could get back up and running. The only employees they could afford to keep on were the managers.

“I have never seen my entire family tear up in one room,” Kylie says. “It was hard to let go of the people who made our barn run smoothly, who we put so much faith and trust in to help us meet our goals. That was the hardest thing I’ve had to do as a pig farmer.”

The waiting was painstakingly slow. For over three weeks, their hands were tired while insurance adjusters and fire investigators visited the farm.

“To top it off, May 2018 was possibly the hottest May I can remember,” Kylie says. “That didn’t help. It was hot, nasty, miserable work to clean up what was left.”

The process took approximately three months and was primarily done with Epperson Farms’ row crop operations crew as well as a local excavation crew. The pigs were composted and all of the metal pulled from the wreckage was picked up by a scrap metal company.

Kylie admits she likes to resolve issues as fast as possible. But this was an issue that couldn’t be resolved quickly. It took time to clean up, it took time to decide to rebuild, and it took time to actually rebuild. Most of all, Kylie says it took a long time to process.

“We’ve had a lot of sleepless nights,” she says. “But the fire made us very aware of all the areas of our business that we could improve on. That ‘It will never happen to me’ mentality is completely gone. We will never be underinsured. Period.” 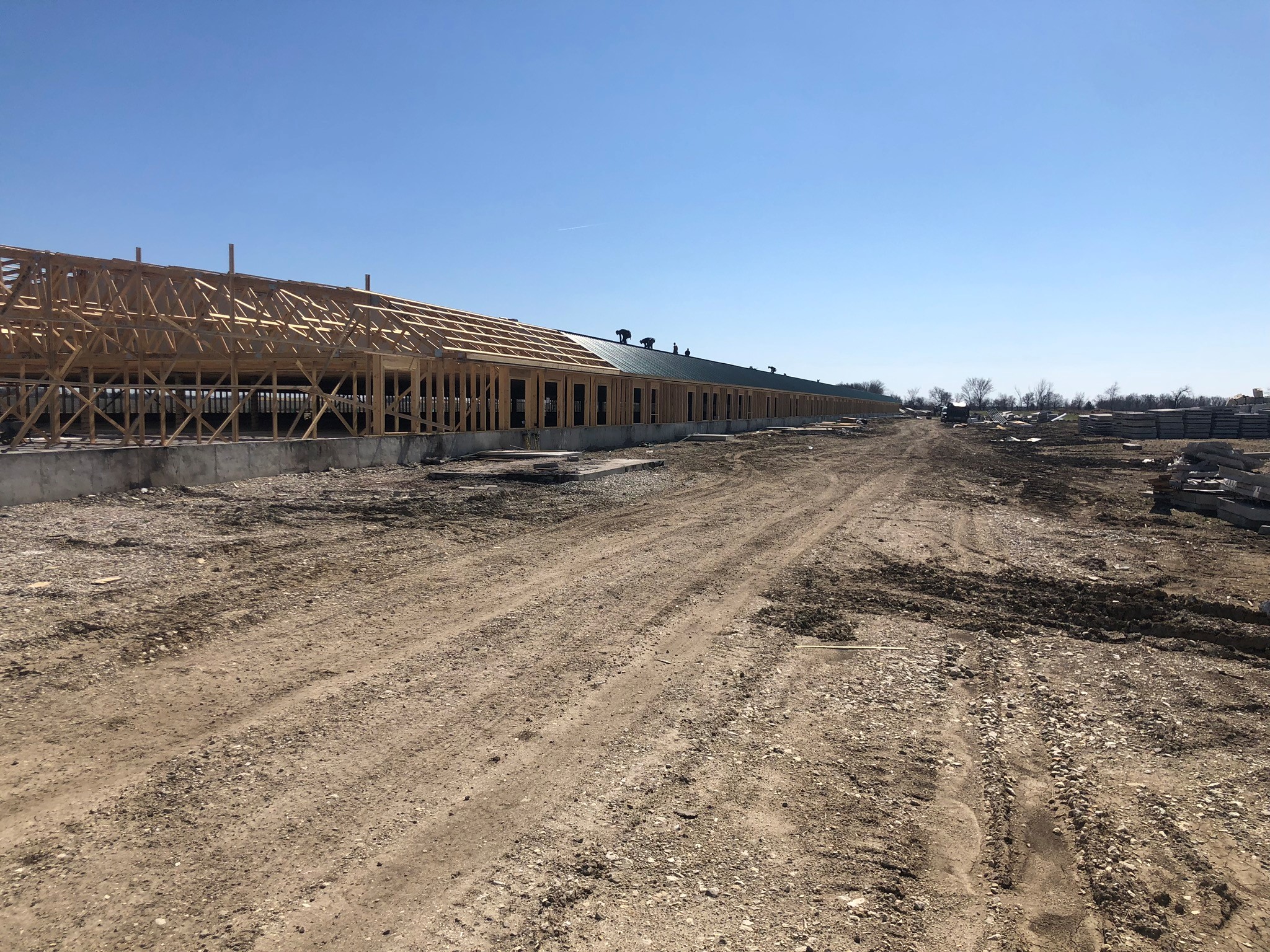 The original building was a deep pit barn and the concrete below ground remained usable.

Rebuilding from the Wreckage
The resilience of the Epperson family following the fire has been inspiring to Hyatt Frobose, swine nutrition specialist and U.S. territory manager at JYGA Technologies. Frobose met the Eppersons at their farm two weeks before the fire during a tour as a potential collaborator in a sow research project.

“I’ve been impressed that they have approached this unfortunate situation with a ‘glass half full’ attitude and an opportunity to press the reset button and evaluate what they might do differently on the rebuild,” Frobose says.

One of the unique attributes of the rebuild from Spring Lake Pork to Legacy Pork as the new farm is known today is that they could work with the existing “footprint” of the farm.

The building is a deep pit barn and all of the concrete below the ground level was still usable, which help saved money on the rebuild, Kylie explains. But the main reason they rebuilt on top of their old foundation was because the site was already permitted.

From the outside, the new barn is quite different from the barn that burned, Russo explains. Read on to see how Legacy Pork rebuilt the farm.