A New Look at Lawsonia’s Transmission in Your Pig Herd

More than 90% of the swine herds in the United States are infected with Lawsonia intracellularis, a bacterial pathogen that primarily infects the small intestine, causing production loss. When a pig’s ability to digest nutrients is compromised, its ability to convert nutrients into weight gain is diminished and producers experience a significant financial loss.

A study led by Fernando Leite, technical manager for enteric products at Boehringer Ingelheim, takes a deep dive into understanding the transmission dynamics of this troublesome pathogen that robs producers of profit--up to a $5 loss per pig.

“In group one, the one seeder animal transmitted the pathogen to up to 62% of its penmates. These results suggest within a nursery phase of 38 days, one infected animal can lead to the transmission of more than half of its penmates,” Leite says. “And if you had two infected animals in a pen, it led to the transmission to 85% of the pigs in the pen.”

Because Lawsonia is an enteric pathogen that is transmitted through the fecal-oral route, they took a close look at shedding levels, which were high in groups one and two.

“We also looked at production performance, and the introduction of the seeder animals was associated here with a significant negative impact on average daily gain,” Leite adds. 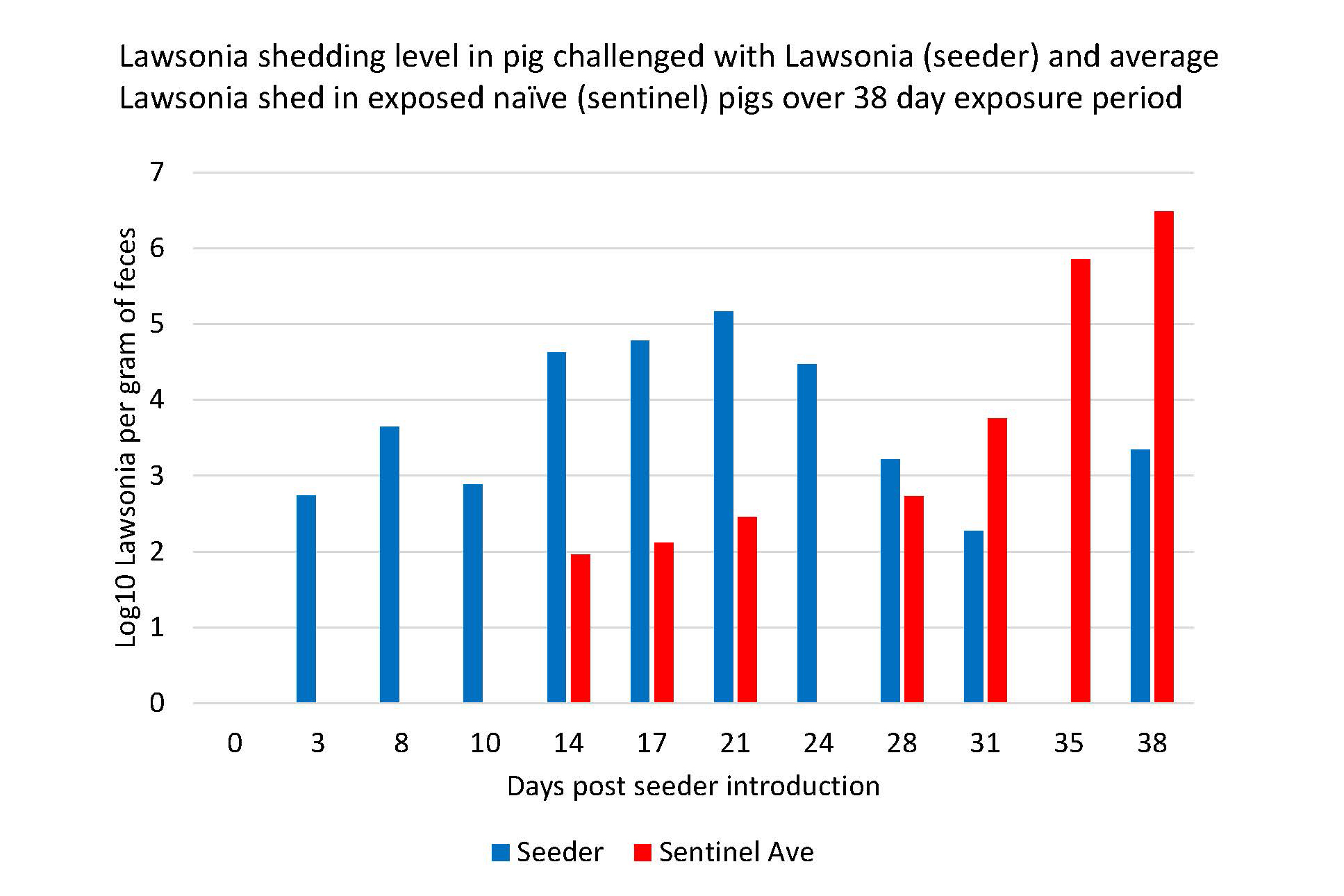 What can producers take away?
This study is one of the first to show how much shedding occurred with just one or two infected animals in a group over an extended period of time, Leite says. Prior to this study, researchers had some indications of how transmission occurred. However, he says they didn't know the efficiency or the consequence of having one pig infected within a group of animals and how that pathogen would spread.

“I think every herd needs to understand their particular Lawsonia status,” he says. “Maybe your herd is negative. But if you are positive, which is very likely, how positive are you? What’s happening in your herd? I think herds should at least have a plan in place to mitigate Lawsonia if it should arise.”

Understanding the consequences of having one or two infected animals within a pen is important to minimize the economic impact of this pathogen.

“If you introduce an infected animal into a pen, we can see that one infected animal within 38 days is capable of transmitting the pathogen to most of the animals in a pen,” Leite says.

What’s next for Lawsonia
“I think this is a good model to study the disease out in the field,” he says. “Understanding the consequence of having one infected animal and what you what you may expect over time from a transmission standpoint is important.”

He believes this will allow further studies to develop a better understanding of how transmission occurs.

“If one infected animal is capable of infecting most of its penmates within 38 days, what happens during the entire time before they go to market?” he asks. “It’s very likely that group would all become infected during that time. I hope this helps producers know what to expect when one animal becomes infected with Lawsonia within a group.”

Put Up Hurdles to Keep Swine Diseases Out

On National Bacon Day, Learn More About its Growing Popularity
5