The purebred swine industry has seen immense change in the last two and a half decades. From the evolution of genetic performance and the improvement of phenotypic preferences, to the initiation of youth involvement and education, raising purebred hogs today looks very different from what it used to.

The National Swine Registry has greatly impacted the advancement of purebred swine production. At the hands of so many influential breeders and industry professionals, the NSR has been able to shape the purebred swine industry into what it is today and will continue to improve the industry for tomorrow. 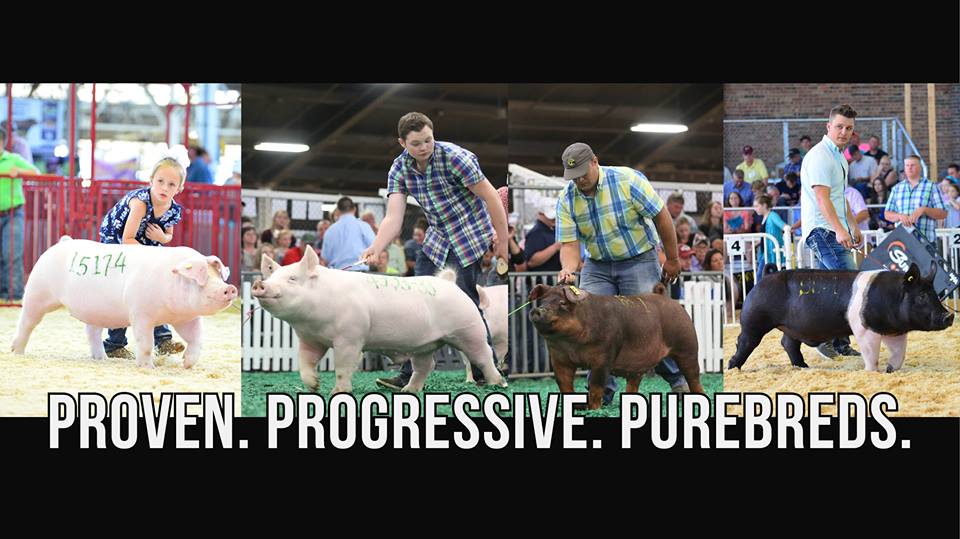 Uniting the Breeds
The NSR was formed in 1994. Uniting the American Yorkshire Club, the Hampshire Swine Registry and the United Duroc Swine Registry, the NSR’s purpose was to bring the breeds together to greater serve purebred swine producers in the long run. Yet, the consolidation of the breed associations did not come without skepticism and hesitation from the original breed registries. Facing issues such as deciding where the NSR would be headquartered, what genetic program would be used and who would be employed, the breed associations weren’t immediately on board with the shift to integrate.

“It was quite a controversial issue,” said Darrell Anderson, the first CEO of NSR. “There were a lot of folks on all sides, and it ended up being decided by a vote taken by each of the boards to merge into the NSR. In fact, Guy Jackson, president of the United Duroc Registry, cast the deciding vote to merge the breed associations because the American Yorkshire Club and Hampshire Swine Registry had already approved it. Whenever I was having a bad day, I would call him up and thank him for the mess he got me in!”

In 1998, the American Landrace Association joined forces, and since then, the NSR has maintained and supported breed integrity for the four breeds it is currently comprised of.

“Bringing all of the breeds together wasn’t the easiest decision to make, but looking back, I’m confident it was the best decision,” Anderson said. “On June 30, 1994, we had 31 employees between the breed associations. The next morning, we had 16 employees. Those 16 accomplished so much more than what the 31 ever did, because we didn’t have several folks trying to accomplish the same tasks separately.”

With the evolved structure, NSR was able to focus on the priority of maintaining breed integrity more efficiently and effectively. Today, NSR’s registration services reach clients overseas, with an average of more than 5,000 litters recorded in the last five years.

Jim Grimm, a longtime Yorkshire breeder who was involved in the establishment of the NSR and later served on the Executive Board, said, “NSR plays such a huge role in improving the value of purebreds. The role of keeping proven and accurate bloodline records has been the constant since NSR first began.”

The Evolution of the Seedstock EDGE
With increased efficiencies and lower circumstances of duplicate resource allocation, the NSR was soon able to take a unified approach in the future development of programs and services for each of the four breeds. Amongst many goals held by the NSR founders, breed promotion and marketing were extremely important.

“Each breed has its own merits and identity, and that needed to be promoted,” said Dan Baker, former co-managing editor of the Seedstock EDGE. Baker served in multiple roles at NSR, including as an auctioneer and a temporary field representative, but most of his time was spent writing and editing for the Seedstock EDGE magazine. Prior to his time at NSR, Baker also wrote for the Yorkshire Journal.

“The magazine was initially done the same way Ben Franklin would have produced it,” Baker joked. “From the time I had worked for the Yorkshire Journal to 20 years later when I came to work for the Seedstock EDGE, we had gone into the computer age. Unfortunately for me, I didn’t even know how to turn a computer on!”

“We had to be sure that we had all three (and later, four) breeds represented on the magazine cover,” Baker said.

Yet, that doesn’t even begin to describe the trouble of dividing billing between breeds. In the original issues of the Seedstock EDGE, Baker remembers having to decipher how many hogs of each breed were represented, and then reporting that for billing purposes.

“Say John Doe had an ad, and in that ad he was selling both Yorkshires and Hampshires. I had to make sure that the billing was split between those two breeds,” said Baker.

“If you had crossbreds, I had to try to determine what the breed makeup was on them, which made the magazine process so much longer.”

“It just amazes me,” Baker said. “In regards to The Exposition, I knew the same evening of the sale what the hogs had sold for. In the past, that would have taken weeks to communicate.” 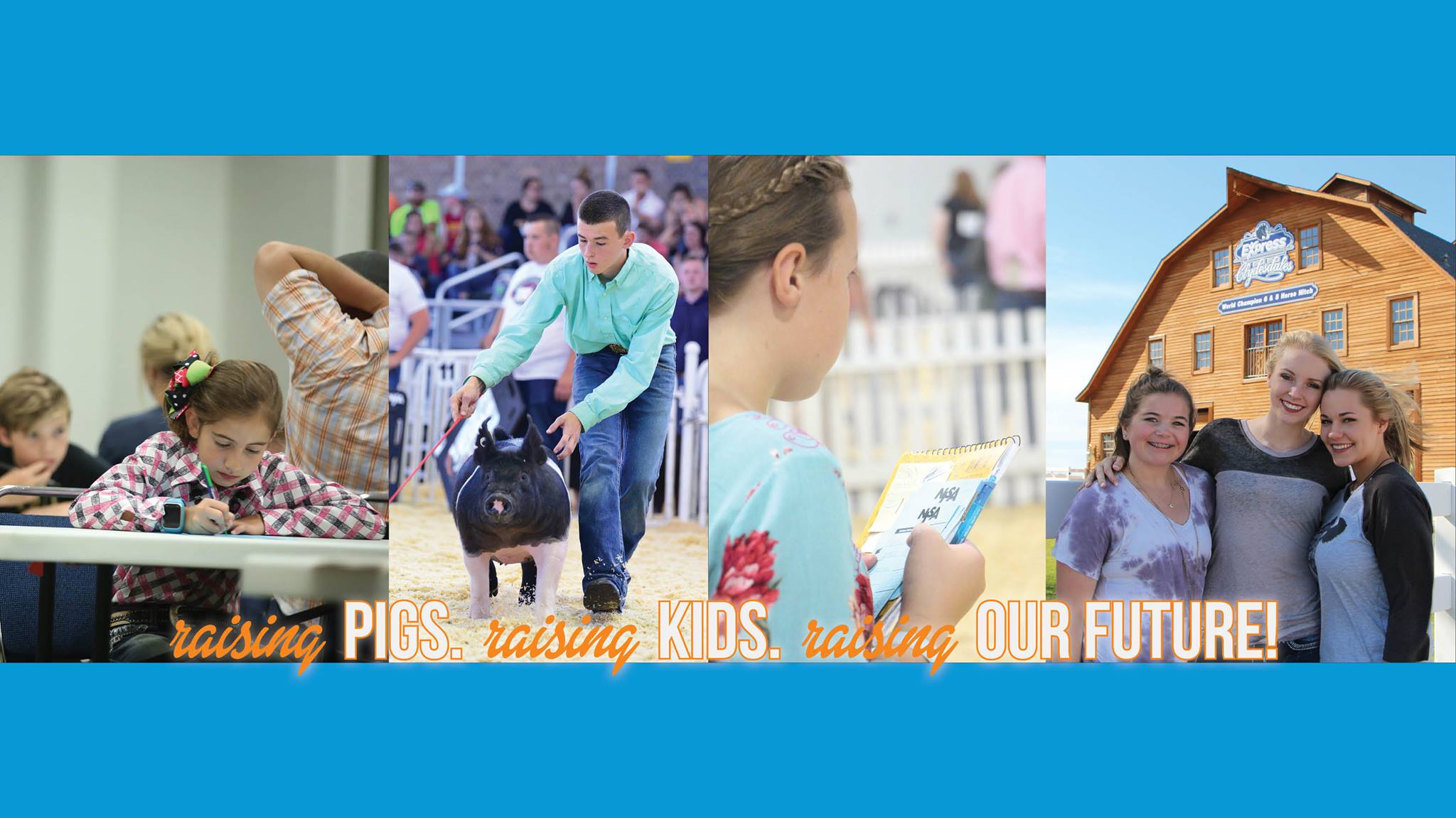 Raising Pigs and Raising Kids
Keeping the future in mind, the focus shifted in the early 2000s. With the sales of commercial purebred hogs decreasing, the association had to search for new ways to keep the purebred swine industry alive. No one suspected, however, that the source of the NSR’s revival would come in the form of a junior program.

Jennifer Shike, current editor of Farm Journal’s PORK and former Director of Junior Activities at NSR, is credited for the major strides in creating the National Junior Swine Association. As an intern for NSR, Shike helped develop what we now know as the largest youth livestock association in the world.

“A lot of folks said that pig associations would never have junior associations like Angus or Hereford or any of the cattle breeds, and it didn’t take long to prove that was immensely wrong,” said Ernie Barnes, director of industry services at the National Pork Board.

Read the second half of the story.