The outlook continues to be for hot and dry conditions. ( USDA )

The latest forecast looks like the heat stress both humans and animals are enduring will continue through at least this week. That’s according to the USDA-ARS Heat Stress Forecast Maps and the U.S. Drought Monitor.

“You can see several areas in the South that are in the emergency category, so there’s a lot of work ahead for producers to keep livestock cool right now,” reported Clinton Griffiths, Ag-Day TV host on Friday morning. 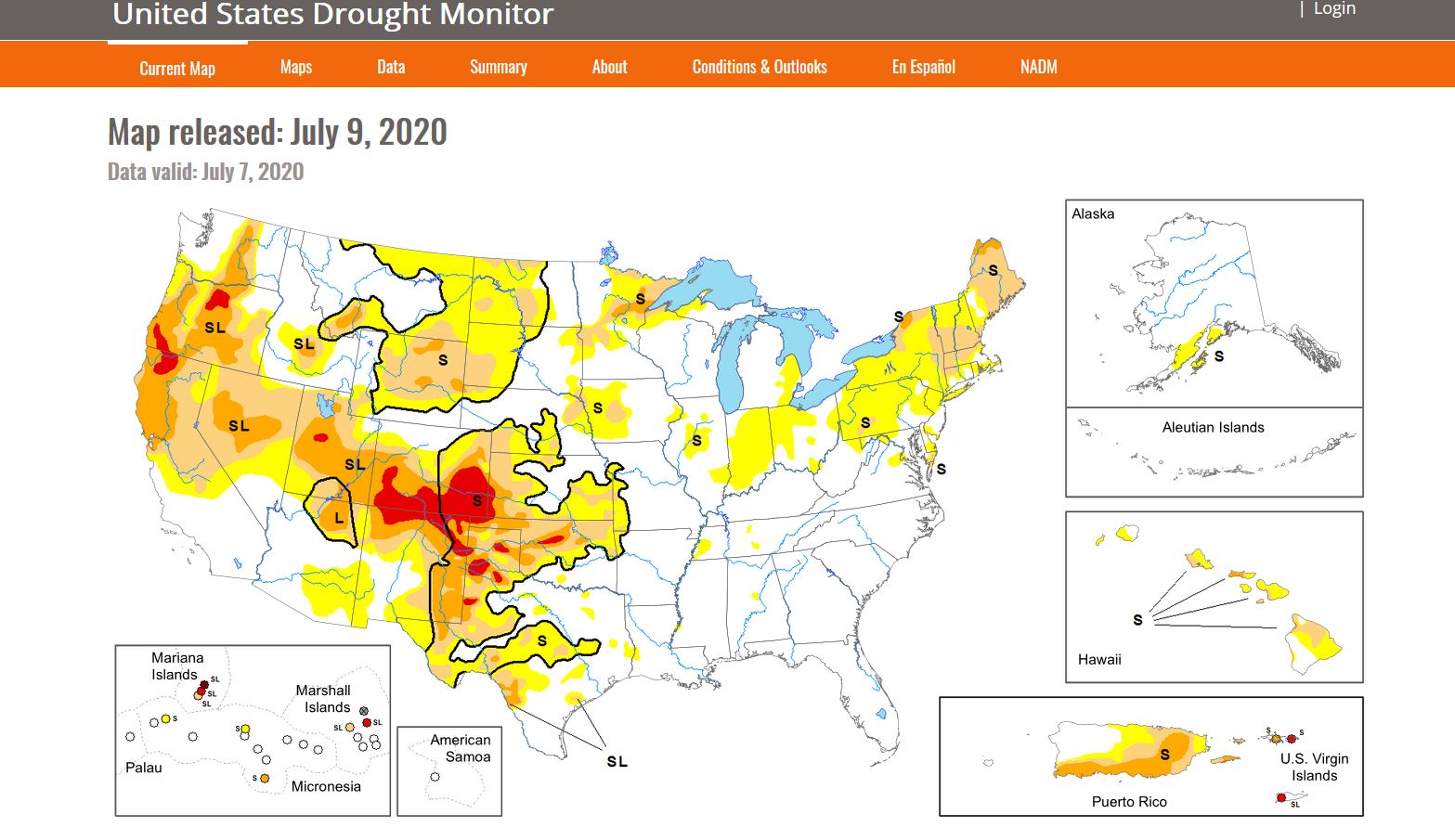 Meteorologist Matt Yarosewick, at affiliate WNDU-TV in Indiana, says the weekly Drought Monitor indicates parched areas of the country, including the Dakotas, haven’t improved.  He adds, “Other places have expanded the abnormally dry conditions throughout the Northeast up into the Great Lakes.”
Some areas are extremely dry, as indicated in this photo from central Nebraska farmer David Else, who says his farm has received only 15 hundredths of an inch of rain since May 23. 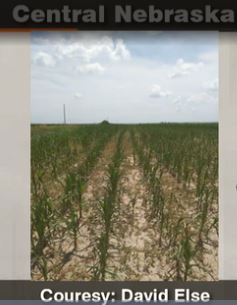 “He says his pastures are also brown, and the grass is just burning up in the near 100-degree temperatures and high winds,” Yarosewick notes.

There are extreme conditions in other parts of the country as well. Griffiths shared a photo of a tornado in western Minnesota that damaged three farms, “flattening one of them,” he notes. “Weather surveyors say the tornado was greater than an F3 and other possible tornado activity was reported in Colorado as well as other parts of Nebraska and Illinois,” Griffiths adds.

In central Illinois, near Heyworth, wind struck down rows and rows of Scott Trimble’s corn crop, which is used for popcorn. 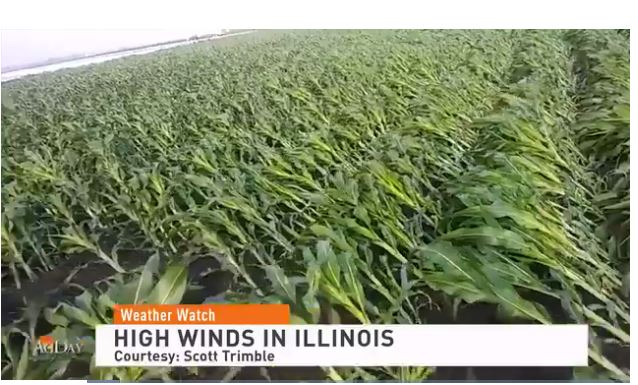 “He says he got an inch of rain in 10 minutes along with 70-plus mile-per-hour winds,” Griffiths reports. “Scott says he didn't spot any green snap, but it's all leaning as you can see.” The one potential piece of good news is Trimble’s crop is still about 10 days away from tasseling.

For more information, check out the heat stress forecast maps at: https://www.ars.usda.gov/plains-area/clay-center-ne/marc/docs/heat-stress/main/

The U.S. Drought Monitor can be reviewed at: https://droughtmonitor.unl.edu/

Rural Infrastructure Grants Easier To Tap Into, Thanks To New Toolkit
5